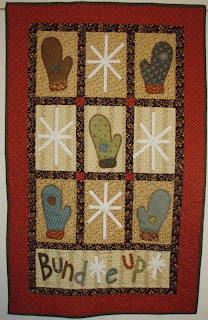 This is my last finish for 2010. I made this quilt in three days while Red was sick with a tummy bug. This is from American Patchwork and Quilting Jan/Feb 2011 issue. I still want to sew on some buttons but I just love these mittens!


I'm sure I'm forgetting some! I also plan to make a list of all the quilts I want to make-too bad that list keeps growing!

Email ThisBlogThis!Share to TwitterShare to FacebookShare to Pinterest
Labels: bundle up, reproductions

Big thrills at our house as we lit the pink candle for Gaudette Sunday. Our visiting priest explained that in Latin Gaudette is an imperative: REJOICE! So let us all rejoice and enjoy the blessings of the third week of Advent.

My blessings this week: my sons, my DH, my extended family, that my dad's cardiologist caught that Dad was packing on fluid in his lungs and around his heart BEFORE we had another Christmas hospital stay, my grandmother safely transitioned to her senior apartment, my dear friend Jaynie, my CCE class, my job, my sister and my own dear Magpie. Most importantly, that this year I feel that I am celebrating Advent and that I am growing in my faith.
at December 13, 2010 No comments:

My wonderful DH put up Christmas lights this year! I've been dying to have some of the multicolored icicle-style lights for years. DH was unmoved. But I mentioned that Red had been asking about our house having lights and that got'er done. DH bought the LED style lights. They look different than the incandesent lights because they are more "white" so the red and yellow/orange aren't as red and yellow/orangey. Truthfully, I would have preferred the old style lights but I am thrilled in any case that we now have the lights! DH also wrapped the post on our front porch with red and white stranded lights for a candy cane effect. Plus he finally put out the little lighted train yard decoration that I got on clearance years ago. The boyos are so excited!

This weekend we were really busy. Aside from the excitment of the lights we:

I felt a little frenetic Saturday due to all the errands/driving around (and around and around) and then yesterday the excitement level was super high beginning at 6:30 am when Tig woke me. I took both excited boyos to Mass and Tig was awful! We had to move out of the church proper before the Eucharist even started and Tig continued to misbehave. I finally gave up and we left to go home for a quick lunch and nap. Tig obviously needed a nap as he did not demure at all and climbed into bed and laid himself down without any discussion. Maybe he was too tired/wound up to behave at Mass? Red did well at the Christmas pageant and my kinders jingled their jingle bells with gusto! I must admit, I was on my last nerve by the time we got home. *I* was overloaded by that point and I still had all the laundry to finish!

Still, I am so happy that we've kept up with our Advent celebrations. The boyos are having a good time and DH and I are still speaking to each other!

We are excitedly celebrating Advent this year. We've got our wreath, that we light before dinner each night with prayers. And back again is our cookie bowl count down Advent calendar. This year Tig got to go first! The boyos were very excited. We also have the chocolate Advent calendars-they tried to convince me last night that they could open as many windows as they wanted. It's good for them to learn how to delay gratification, isn't it?

Of course, Advent really started Sunday at Mass. It was fun to remind Red to look and see what was different at church. The first thing he noticed was that it was dark-they kept the lights low until the Mass had begun. He also noticed the big Advent wreath, the purple hangings and the new purple vestments that Father wore. He was very excited to get home to light our wreath! 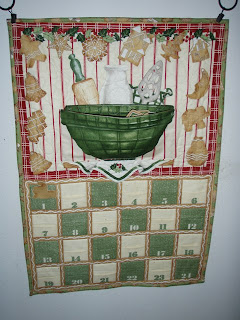 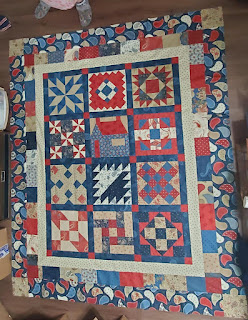